We’ve all seen those dreadful, dated shower doors in someone’s home forcing us to shake our heads in disgust at the eyesore. However you don’t have to be glass free to have a modern shower space. Today the guest blogger shows you ways to achieve the same in a more aesthetically pleasing way. Enjoy… 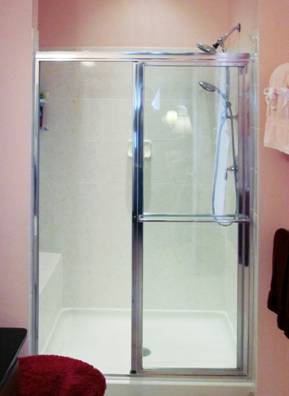 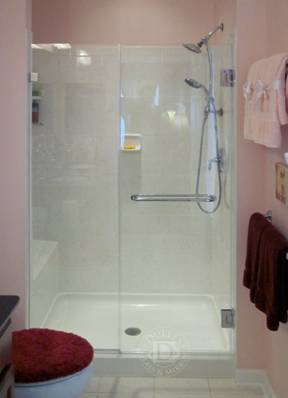 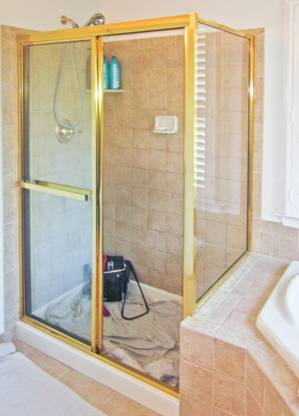 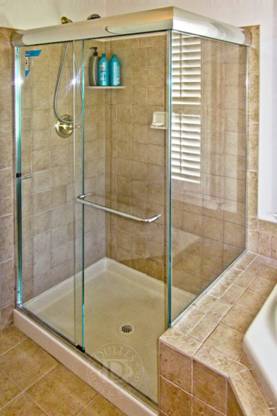 90-Degree Glass Shower Door Before and After This is an example of a before and after of a frameless 90-degree shower door. By replacing the shower curtain and the outdated framed look with luscious frameless glass, you will turn your shower enclosure into a modern, attractive, centerpiece, while showing off your tile work. 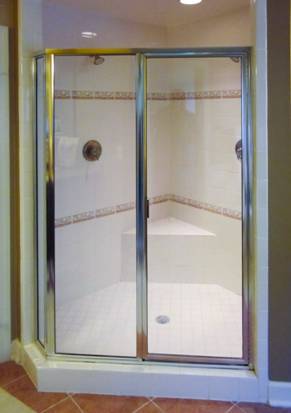 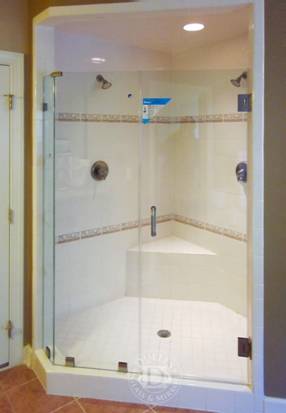 Neo-Angle Glass Shower Door Before and After Of all of the various frameless glass shower doors, the most trendy shower door style goes to the Neo-Angle shower door. Thereason theNeo-Angleshines,is because it’s customized for your bathroom. The ability to have your shower enclosure custom fitted for the space, really makes the space look expansive and luxurious. Frameless shower doors are defined by their brilliant engineering. Pivot hinged shower doors highlight an all-glass door, balancedon upper andlowerpivots, vanishing obvious side door-hinges altogether. 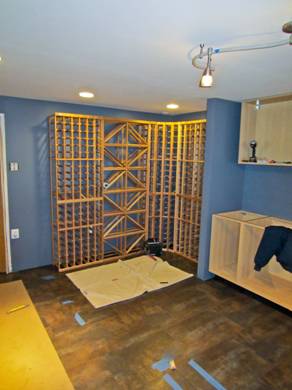 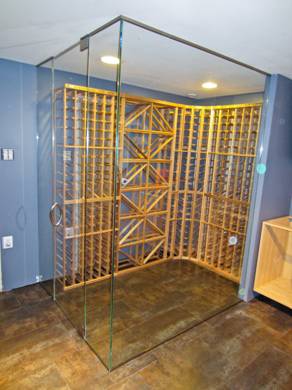 Bonus: Wine Cellar Before and After Glass enclosures are not only for the bathroom – as you can see here, here’s a before and after example of a frameless glass wine cellar. The glass frame allows the space to be temperature controlled, while still looking elegant from outside of the enclosure.

Shahab Shokouhi is a Writer at Dulles Glass and Mirror — a manufacturer of commercial and residential glass products including tempered glass, vanity mirrors, and
shower doors.